Redon, Country of the blue hydrangeas

To see: The picturesque city of Redon, the abbey church of St Saver, the museum of the inland water transport of the west, the site of the island of the magpies, the market hall of Malestroit.

To taste: The Redon chestnut - sweetened or salted, the cotriade (fish soup of the Breton littoral) the far Breton, the “pommée” (cider jam of red and thick paste, and caramelized taste), Cervoise.

To know: locks are open even on public holidays.

Most Important: the ecomuseum of Rennes.

A little bit of Brittany 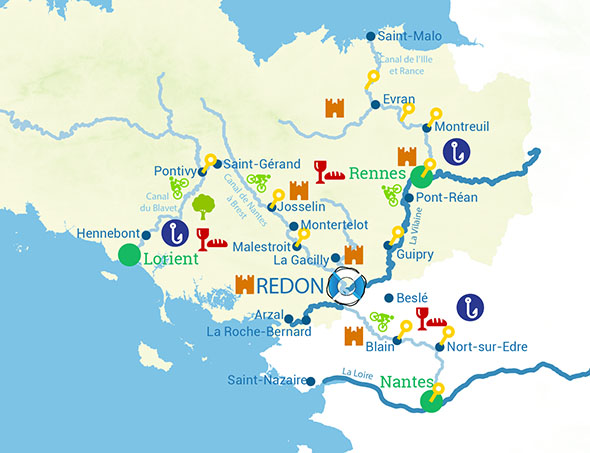